The Community Library of Allegheny Valley (CLAV) was facing several fundraising challenges and engaged Advancement Advisors to review all aspects of their program. Advancement Advisors determined that CLAV needed a comprehensive fundraising plan and strategies to recruit and expand membership on their Board of Directors. The Advancement Advisors team completed an audit and evaluation of CLAV’s existing program. Considering CLAV’s limited resources of staff and budget, Advancement Advisors developed a fundraising plan to leverage existing resources and opportunities. The plan included a detailed timeline, assigned responsibilities and communication strategies to support fundraising efforts. Board development work is ongoing.  Combining the September “Love Your Library” campaign with the library’s year-end appeal achieved solid results in the first year – a 4% increase in dollars raised and 75 new donors. Plans are currently underway to take advantage of CLAV’s upcoming 95th anniversary as an opportunity to expand and enhance fundraising efforts. 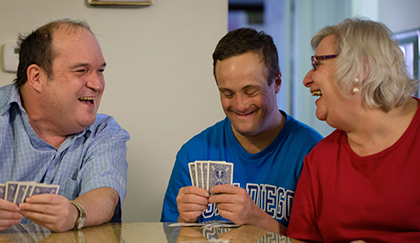 The Friends of JRS (Jewish Residential Services) year-end campaign always has been central to their fundraising program. With a new executive director on board, JRS reached out to Advancement Advisors to help develop a fundraising timeline and strategies to maximize their results. After analyzing previous year-end campaigns, the Advancement Advisors team created a plan to systematize the use of volunteers to realize an increase in giving. Using a combination of direct mail and a committed group of volunteer ambassadors, the campaign focused on targeted major donors and the Board of Directors with personalized solicitation and follow-up. The result was an impressive 54% increase in giving over the previous year. 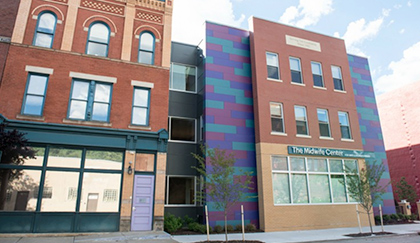 In 2012, The Midwife Center for Birth and Women’s Health contracted with Maureen Mahoney Hill, then a solo practitioner, to conduct a fundraising training session for board members in advance of a potential capital campaign. When The Midwife Center board decided to proceed with a $3 million capital campaign in the fall of 2013, Maureen and an associate were hired through a competitive process to lead the effort. The campaign ultimately raised more than $3.9 million, surpassing the goal by almost $1 million. This achievement represents more money than The Midwife Center had raised in its 33-year history and included first-time gifts from several foundations and government sources. Through the course of the contract, Maureen conducted three additional board training sessions as well as provided ongoing strategic vision in identifying, cultivating and soliciting gifts. When the campaign went public, Maureen helped guide the communications, including a dedicated campaign website and public/media relations for launch events. When the campaign concluded in 2016, The Midwife Center asked Maureen to continue consulting to help with developing a formal fundraising plan for ongoing operating needs with a focus on major gifts from individuals.

While working as an individual fundraising consultant, Maureen was hired by Crossroads Foundation in late 2014 to conduct a feasibility study to determine the likelihood of success of a proposed campaign to raise $5 million in endowment support. Study results identified organizational strengths, including $2.7 million in potential funding; suggested ways to address opportunities for improvement and external challenges; and recommended to Crossroads Foundation’s Board of Directors that they proceed with the campaign. Maureen’s contract was extended to help oversee and implement the approved campaign which had raised more than $4 million by December 2016. When Crossroads Foundation opted to complete the campaign on its own, Maureen prepared a comprehensive stewardship report and presented it to the board and staff to ensure that the work completed during the campaign would be leveraged to build a more sustainable long-term fundraising program. 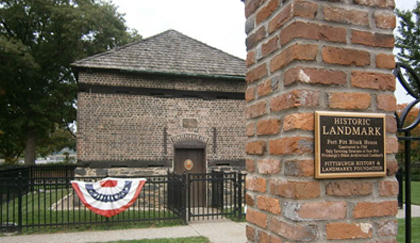 Maureen Mahoney Hill worked with the Fort Pitt Society, owners and operators of the Fort Pitt Block House, for almost three years to secure the funding needed for a comprehensive restoration of the historic structure as well as to plan and lead Block House 250, a year-long, citywide celebration of the 250th anniversary of the Block House. This anniversary commemoration of Pittsburgh’s oldest authenticated structure provided the Fort Pitt Society with a unique opportunity to build internal capacity and begin focusing on the future sustainability of the Block House as a historic site and museum. In addition to the successful restoration and preservation project on the building, full funding was secured for the design and installation of a memorial garden and to enhance communications including the development of the first ever Block House website, electronic and print newsletters, new program brochures and a video. A record number of visitors toured the site leading up to and through the Block House 250 celebrations resulting in dramatic increases in money raised through souvenir sales and other efforts.